Trademarks and domain names: it’s hard to be an acronym trademark!

It is essentially on the ground of the criterion relating to the right or the legitimate interest of the defendant that the case was played out. The panelist stated that “[c]ontrary to the Complainant’s assertions, however, CB is not necessarily distinctive solely of the Complainant’s services as it can be an acronym for many different names and activities“. He also observed that the defendant’s company, namely Coinbase, was also using the acronym “CB”, with supporting evidence.

The argument to prove bad faith of the domain name holder has been swept away. According to the complainant, bad faith was characterized by the fact that the domain name appeared “for sale”. The defendant countered with the following argument:

“The Respondent speculates that it is based on the statement included at the top of the WhoIs search results provided by DomainTools included as Annex 1 to the Complaint. This notice states: ‘Cb.markets is for sale! This domain is listed for sale at one of our partner sites. Visit our partner to buy Cb.markets”‘”

The panelist went on to say:

“The Respondent denies authorising DomainTools to include such a notice. Indeed, (…) some service providers, including DomainTools, routinely include such notices in their WhoIs reports without any authority from the domain name holder at all.

The panelist concluded that the evidence of cybersquatting was not made and, as a result, the request for transfer was rejected.

The defendant, who was represented, raised the bad faith of the claimant. The goal is to get the panelist to recognize that the procedure was initiated in an abusive manner. In the jargon of extrajudicial procedures relating to domain names, this practice is referred to as “reverse domain name hijacking” or “RDNH”. This is not as useless as it is sometimes suggested. Indeed, the recognition of the abusive nature of the procedure could allow the defendant to obtain, before a state judge, the reimbursement of the fees paid to his lawyer, or even damages.

Similarly, in the recent WIPO decision D2018-2422, the panelist rejected the request to transfer the scc.com domain name for the following reason, which appears to be decisive:

Extrajudicial case law on acronyms is abundant. It is now enriched by cases relating to new gTLDs.

For owners of acronym-based brands, one of the golden rules of the domain name portfolio management strategy is to register as much as domain names as the budget allows according to a pre-defined list of priorities and taking into account of all new gTLDs. This strategy must be followed as scrupulously as the acronym is short because it is intrinsically a weak trademark. In fact, the shorter the acronym, the less distinctive it is, which gives third parties the opportunity to defend themselves more easily in the context of adjudicatory proceedings. Consequently, the owner of a trademark based on a short acronym often has no choice but to propose a transaction consisting of the purchase of the domain name(s). From a strictly financial point of view, the operation is never beneficial, in that the cost is necessarily higher than the registration/maintenance costs of the domain name(s). The operation is even less beneficial in the case where it intervenes after an adjudicatory procedure. In fact, the holder of the domain name (who is not necessarily a cybersquatter), on the one hand, has nothing left to lose (his position is even reinforced by the adjudicatory decision) and, on the other hand, he is well aware of the importance that the domain name has for the trademark owner. As a result, the cost of the transaction may rise.

IP Twins is an ICANN-accredited domain name registrar with 15 years of experience in domain name strategy and management. We represent trademark holders in UDRP proceedings.

We deliver security certificates tailored to your needs in order to ensure the safety of visitors to your website.

Should you need to complete these investigations, our team based in China can help. 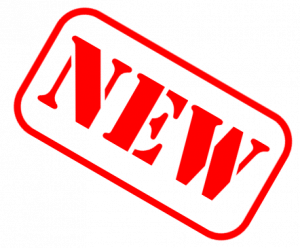